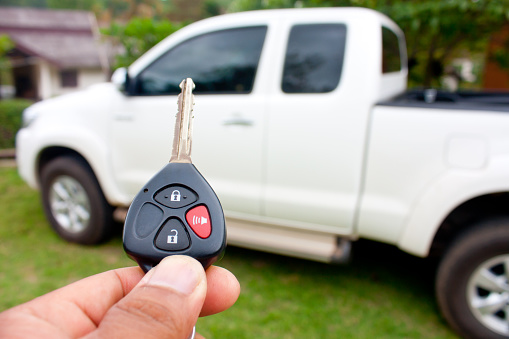 With 30 years career experience in the automotive and leasing industries, Mr. Sullivan started Fleetway capital in 1997. Under his leadership, Fleetway Capital has grown to become a prominent commercial lease/lease company in the tri state area. He supports Philadelphia sports team and enjoys boating on the weekend.

Joseph Patrick is the Chief Financial Officer here at Fleetway Capital Corporation and has worked here for the past 21 years. A graduate of Temple University, Joseph has years of previous experience in both the roles of Senior Vice President and Chief Financial Officer. While in the office, Joseph enjoys interacting with the staff here at Fleetway daily. In his free time, he likes to travel with friends and family.

Ed Sullivan Jr. is the Vice President here at Fleetway Capital Corporation and has worked here for the last nine years. A graduate of the University of Maryland, Baltimore County, Ed previously worked for Ritchie Bros and IronPlanet, the world’s largest equipment auction company. Through his work with this company, he was able to learn a lot about heavy equipment and transport asset valuations, a skill which he finds very useful while working for Fleetway Capital. While working at Fleetway Capital, Ed has most enjoyed working with customers in a way that emphasizes the value and importance of business relationships, as well as having a team-based approach to approving deals and working with customers. He believes that this really drives home our core value of building relationships and delivering results. In his free time, Ed enjoys running and participating in local 5K runs, as well as spending time with his family and reading.

Mimi Sullivan is the Vice President at Fleetway Capital Corp, overseeing business operations, compliance and business development. Mimi is a graduate of Lebanon Valley College where she received her BA in Sociology followed by Eastern University where she obtained a Master’s degree in Elementary and Special education. She enjoys spending time with her family.

Umer Ansari is the Treasurer here at Fleetway Capital and has worked here for the past five years. Umer graduated from Temple University with a bachelor’s degree in Accounting and Finance. While working at Fleetway Capital, he most enjoys the diverse job responsibilities and roles that he has with the company. In his free time, Umer likes to watch sports with friends and family.

Evan Toth is an Account Manager here at Fleetway Capital Corporation and has worked here for the past year. A graduate of Temple University, Evan previously worked at Vertiv for a year. While working at Fleetway Capital, he has most enjoyed the environment, as he finds it very friendly and inclusive. In his free time, Evan likes to play and watch golf and hockey with friends and family.

Cassie Spector is the Title Manager here at Fleetway Capital Corporation and began to work here this year. Previously, Cassie has worked in multiple different financial industries for the past two years. While working at Fleetway Capital, she has enjoyed getting to know her new coworkers, and says that everyone is very friendly and helpful. In her free time, she likes to play video games and spend time with her husband and their two cats.